What is a coffee ground stool?

As practicing gastroenterologists, we don’t use a medical term called “coffee ground stools”.

Coffee-ground is only used in medicine to describe stomach bleeding (coffee ground vomitus or gastric wash).

So, your definition of “coffee ground stool” might be different from mine.

Coffee ground is the remnants of coffee beans in a pot or coffee maker. They appear dark brown or blackish. The consistency is usually loose.

The cause of coffee ground stools can be in the form of black spots (speckles) in the stool, or the whole stool becomes dark and mushy.

We use a more organized stool classification system called the “Bristol stool scale”. A coffee ground stool can be any type of bristol stool scale provided that it is darker or blackish in color. 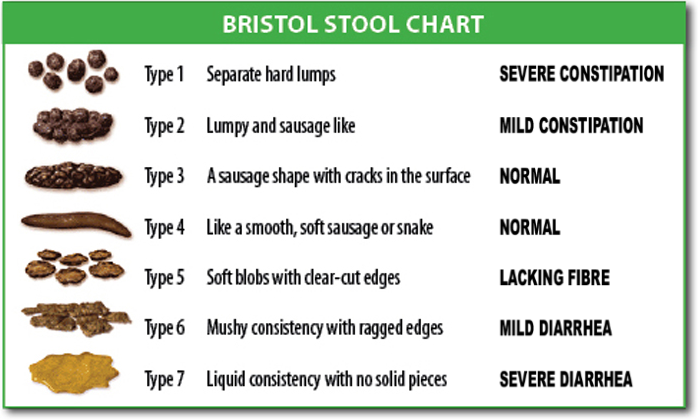 So, a coffee ground stool may refer to:

Dark-colored stool with no symptoms may indicate a normally discolored stood by food. Dark foods are the most common cause of coffee ground stools.

The most common foods that can potentially cause coffee ground stools are:

4- Green leafy vegetables: once digested, they turn into dark greenish-brown or black.

6- Raw or undercooked meat: it contains high amounts of iron.

Some medications can alter the color of your stool. Coffee ground stools can result from:

3- Bleeding into your esophagus, stomach, or duodenum.

Bleeding is the most dangerous and the most important cause of dark or coffee ground stool.

Bleeding from the small intestine or colon can cause dark red blood or black spots in stools (commonly called coffee ground stools.

The coffee ground stools due to gastrointestinal bleeding can be due to:

The differences between normal dark (coffee ground) stools and melena due to bleeding are summarized in the table below.

Consult your doctor immediately if you think your black stools are due to bleeding.

Possible causes of coffee ground stools according to the color?

The “TRUE BLACK” coffee-ground stool should raise your attention about possible bleeding inside your gut. Both completely black stools (melena) and black spots in the stool (coffee ground appearance) can be a sign of bleeding.

The most common cause is peptic ulcer disease. Black coffee-ground stools (especially if they have a characteristic smell and have loose consistency) require medical evaluation by your doctor.

Very dark brown stools are usually due to dark-colored foods or medications. If you have no other symptoms (such as abdominal pain or vomiting), then there is no need to worry.

But seek advice if you have recent-onset symptoms such as abdominal pain, diarrhea, vomiting, fainting, shortness of breath, or fever.

Also, some medications, such as laxative overdose, gastritis medications (such as Prilosec), and some antibiotics can lead to yellow coffee-ground stools.

Rarely, some diseases such as bile obstruction and inflammation of the liver (hepatitis) can lead to yellow coffee-ground stool. Learn More.

The dark green coffee ground stool is often due to the ingestion of large amounts of green leafy vegetables. No need to be concerned unless there is diarrhea or other symptoms such as severe abdominal pain, vomiting, or fever.

A review of your foods eaten before the onset of the coffee-ground stool is essential to determine that cause. In more than 90% of cases, it is usually benign changes due o foods or medications.

When should you see a doctor?